You are here: Home» Outreach» Observing

Atop the Rutherford Physics Building here at McGill is the Anna I. MacPherson observatory. This consists of a 14-inch Celestron telescope in a dome, several smaller portable telescopes, and a small 1400 MHz radio telescope. While the location in downtown Montreal is not good from a dark-skies point of view, the telescopes are quite good and being on top of the physics building makes them very accessible for amateur observing by interested members of the physics department or for undergraduate star nights.

If you are interested in using any of the telescopes, contact astromcgill [at] physics [dot] mcgill [dot] ca. Note that we often use our portable telescopes for night-sky observing after our monthly Public AstroPhysics Nights lecture series.

This telescope is a high-quality astronomical telescope, though its condition is a little rough. It is almost entirely manually-operated, and allows only visual observing, but can provide nice views of the planets even in downtown Montreal. Star clusters and nebulae may also be interesting targets, though some additional filters would help with that. 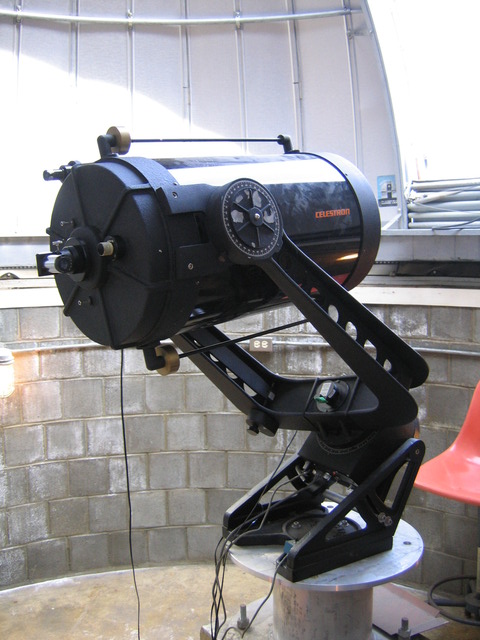 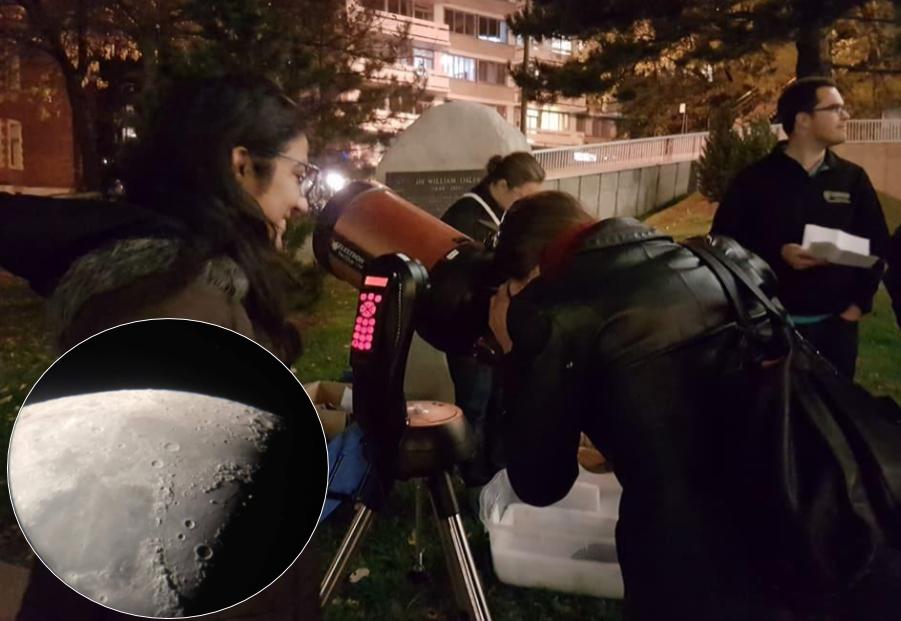 The telescope is an "SRT" designed by the MIT Haystack observatory. It is a 2-meter dish with a 1400 MHz receiver attached. Computer-controlled, with computer data collection.