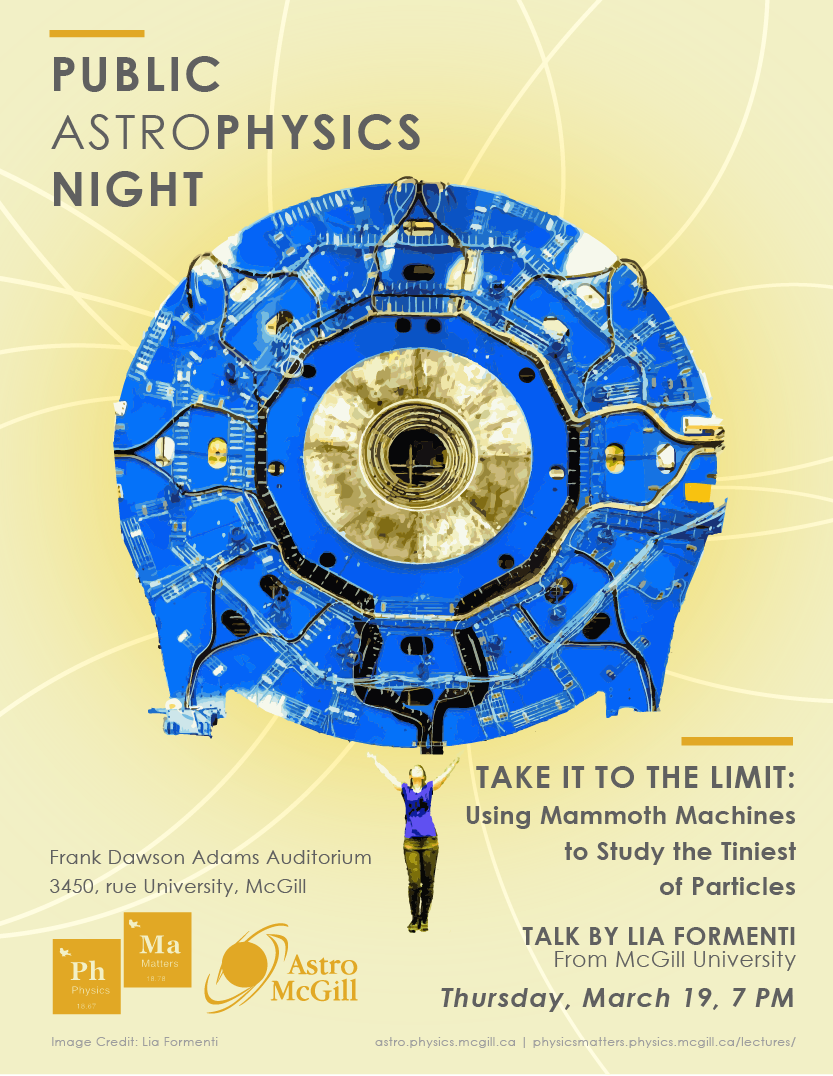 Title:Take it to the Limit: Mammoth Machines and the Tiniest Particles

You may have heard of CERN, home of the world’s largest particle collider, in the news. If not, you’ll learn about it here! Physicists around the world use the collider at CERN to smash together larger particles to unleash their innards. The sheer size of the collider is impressive: it’s the largest man-made machine ever built. Why on Earth do physicists need such a massive machine? This talk will cover how we study the smallest building blocks of matter using the collider and the famous ATLAS experiment (a mammoth in its own right). There will be an accessible introduction to particle physics, how we detect particles too small to see, and why we collide particles. We’ll lead up to talking about how Canada is helping to build the future of particle physics at the ATLAS experiment at CERN. At the end of the talk, I hope you’ll have more wonder about what the world around us is made of; more incredulity at the awesome machines that humanity has built; and feel proud that Canada is involved.

AstroMcGill serves as the education and public outreach branch of the McGill Space Institute. To find more science outreach activities at McGill, visit the Faculty of Science's outreach webpage.


We are busy planning our next outreach events, check back here soon for more information!

My Bacteria Teacher: What extremophilic microorganisms can teach us about life in the Solar System 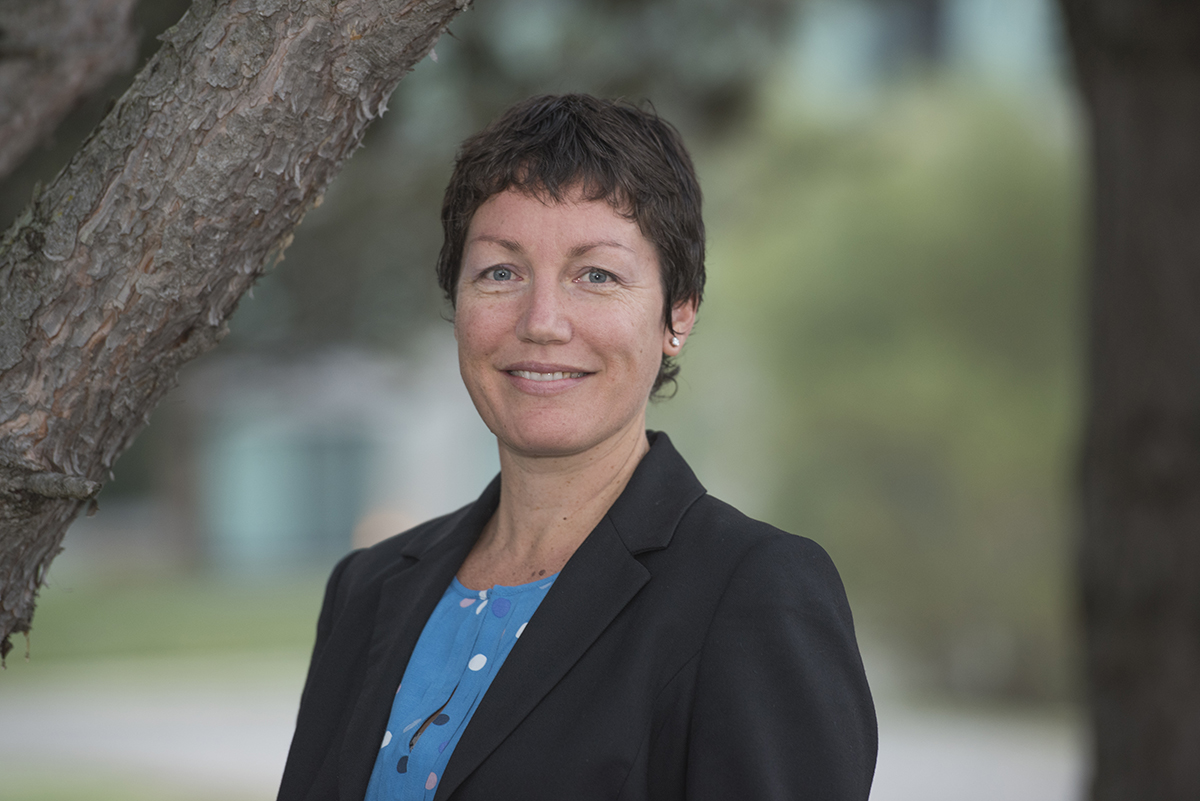 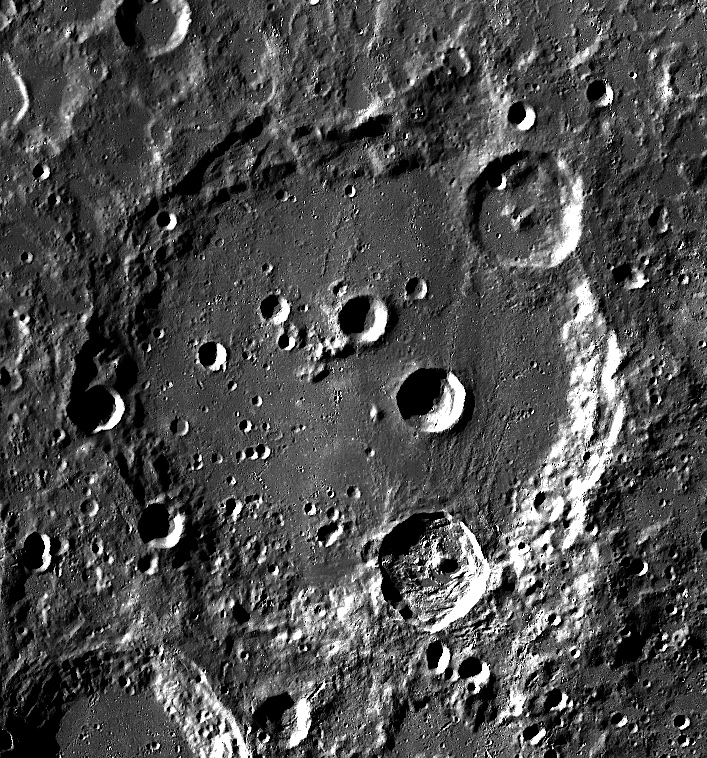 Our Galactic Neighbourhood: what we can learn from exoplanets and interstellar objects 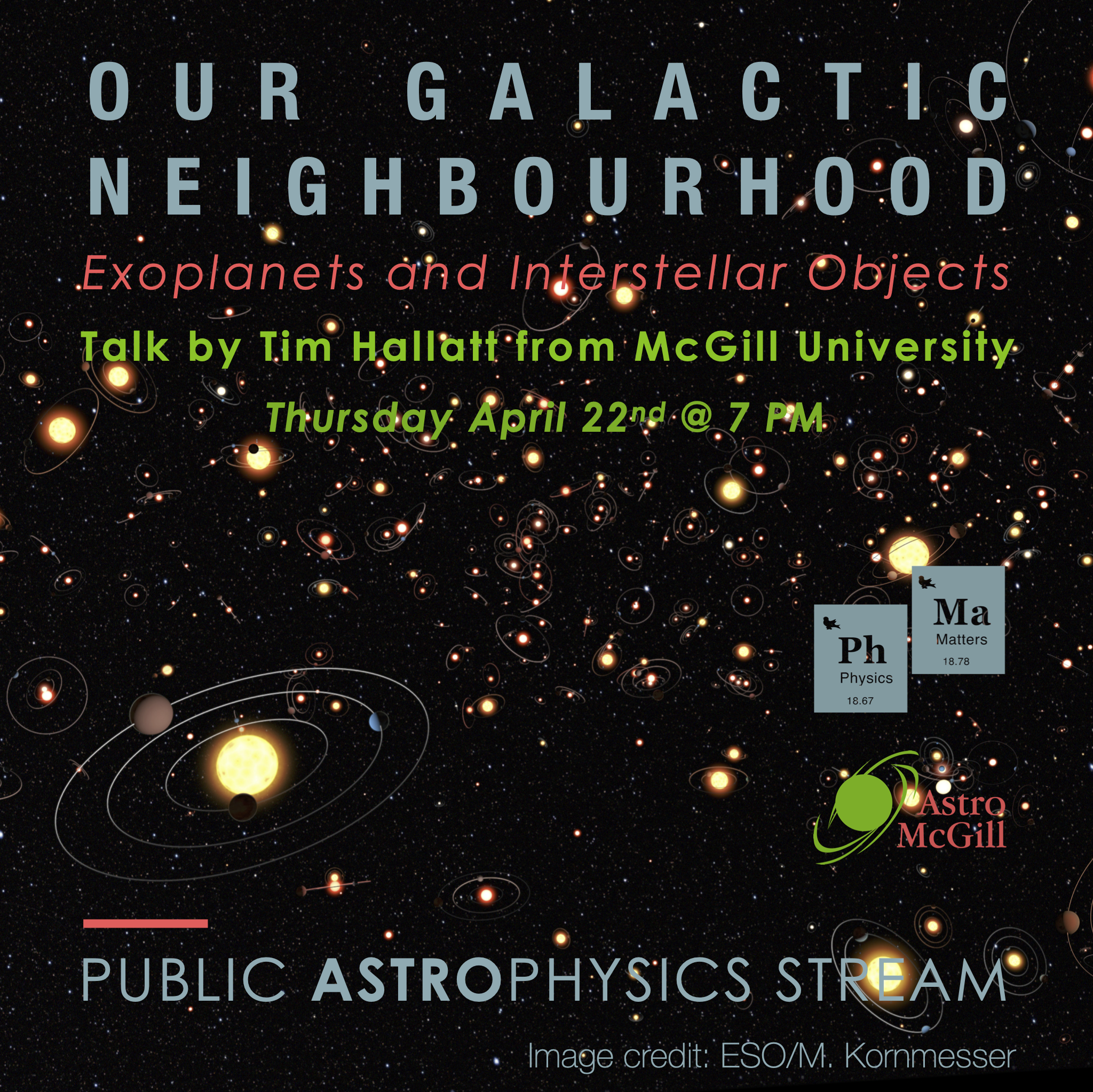 A Journey into the Infinitely Small 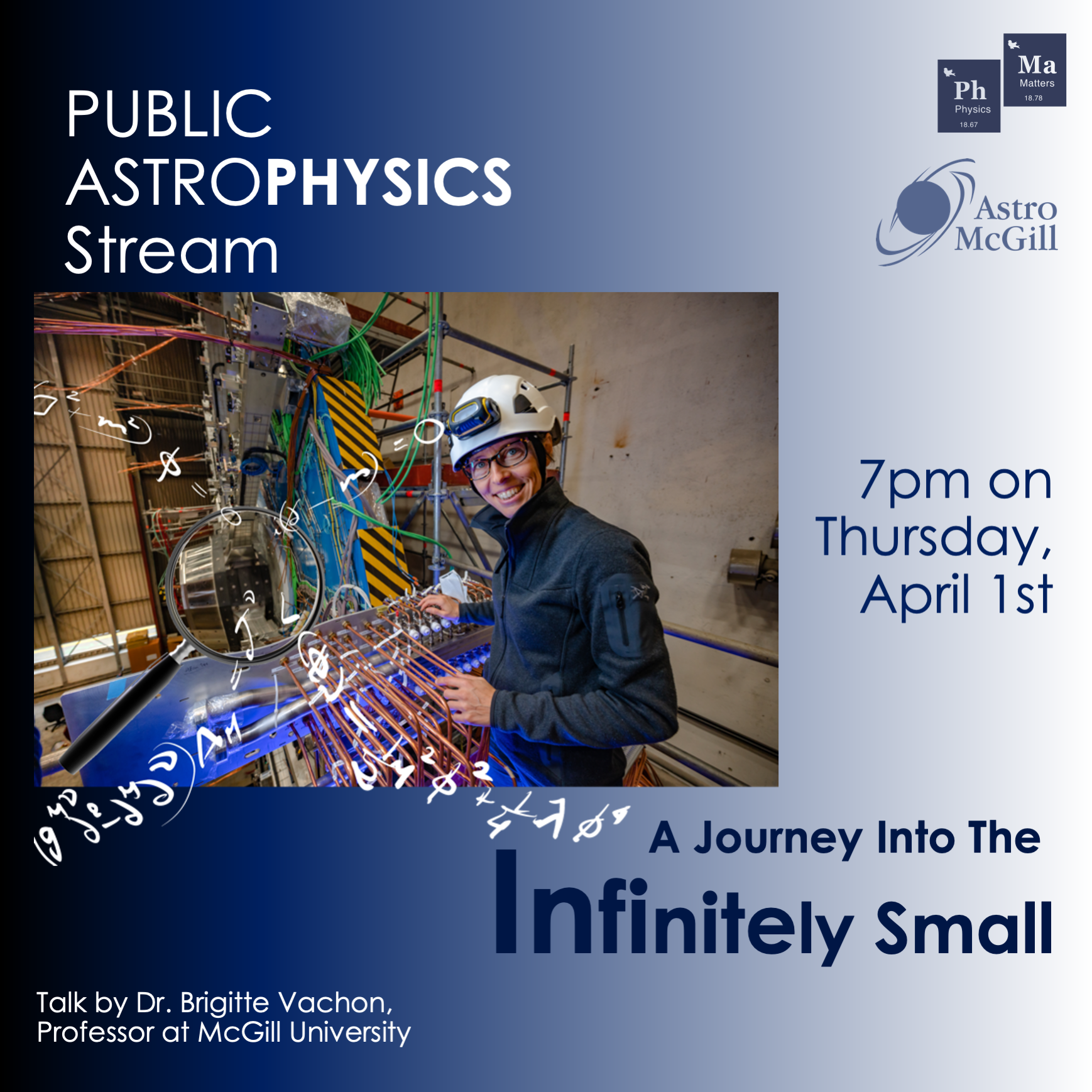 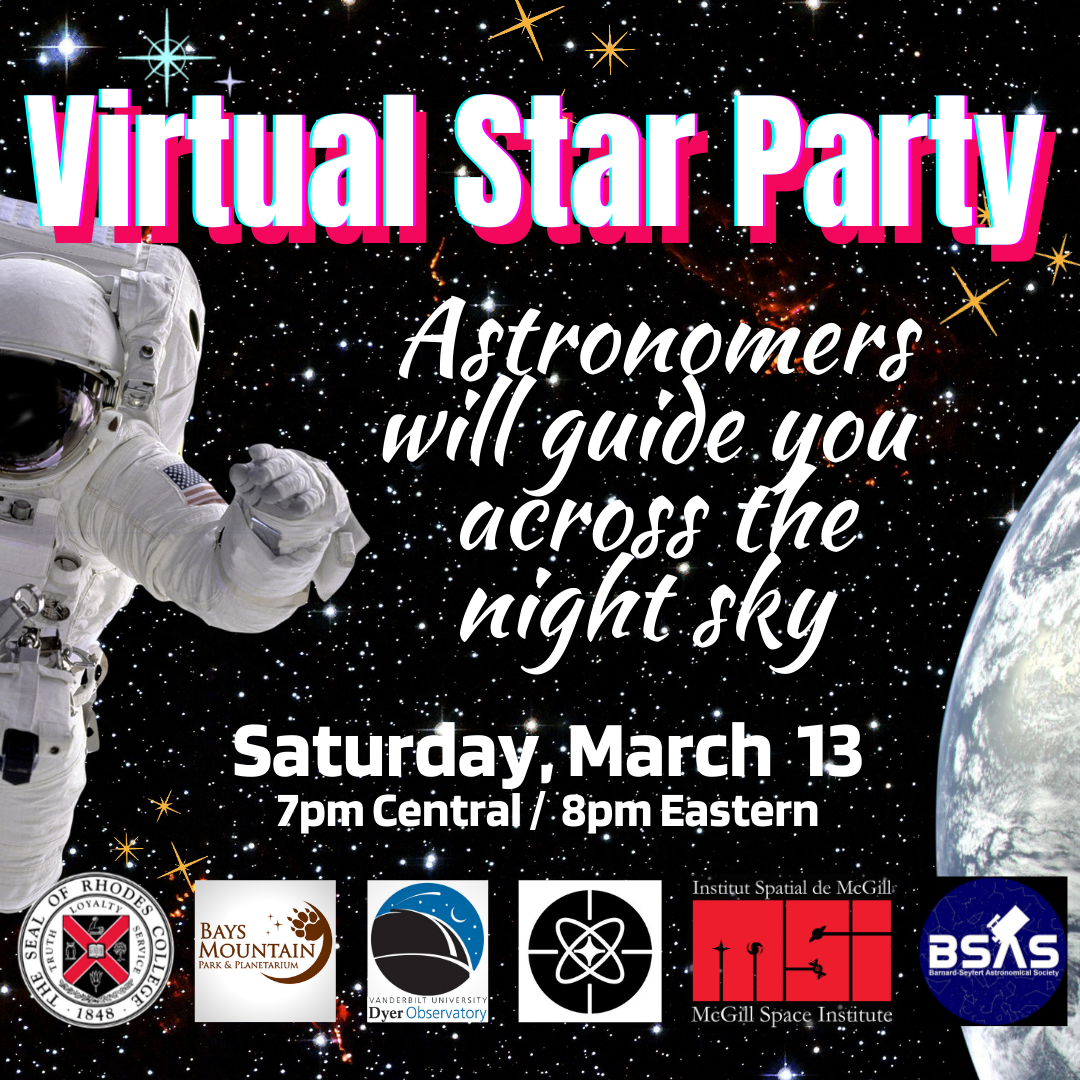 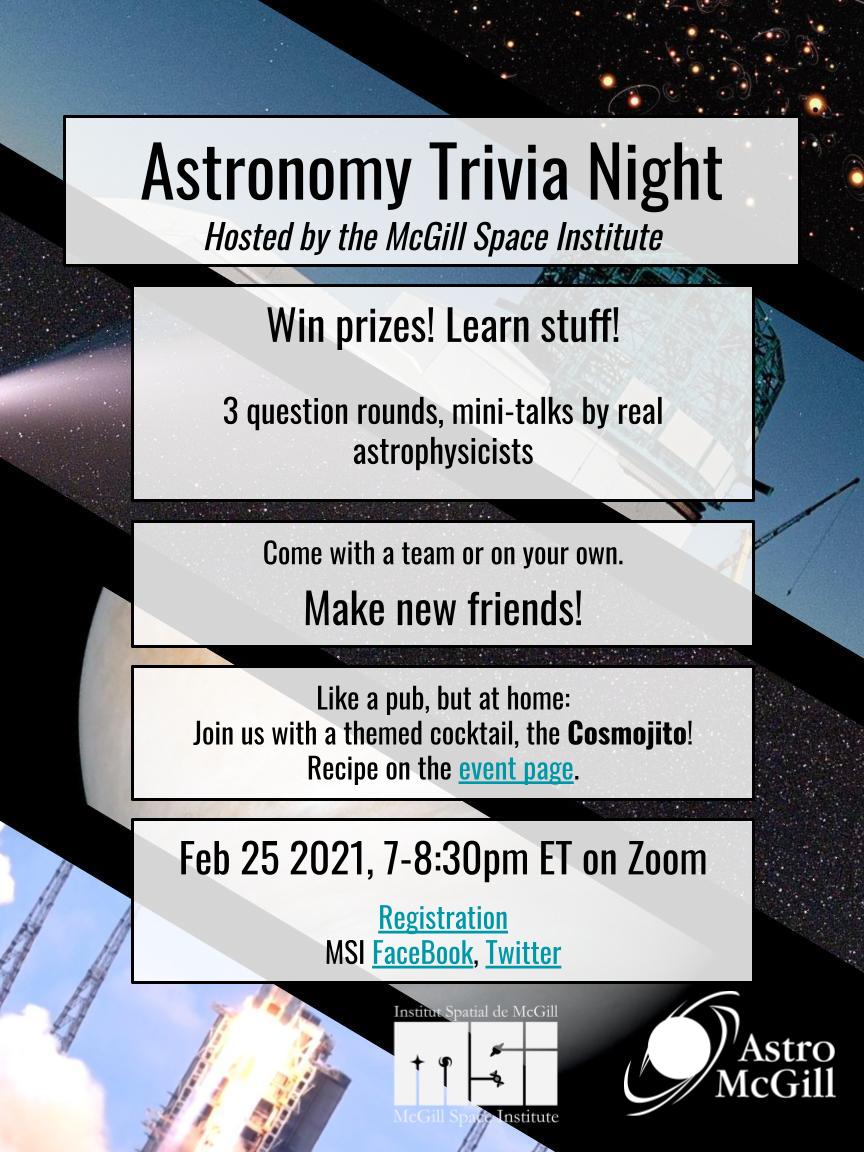 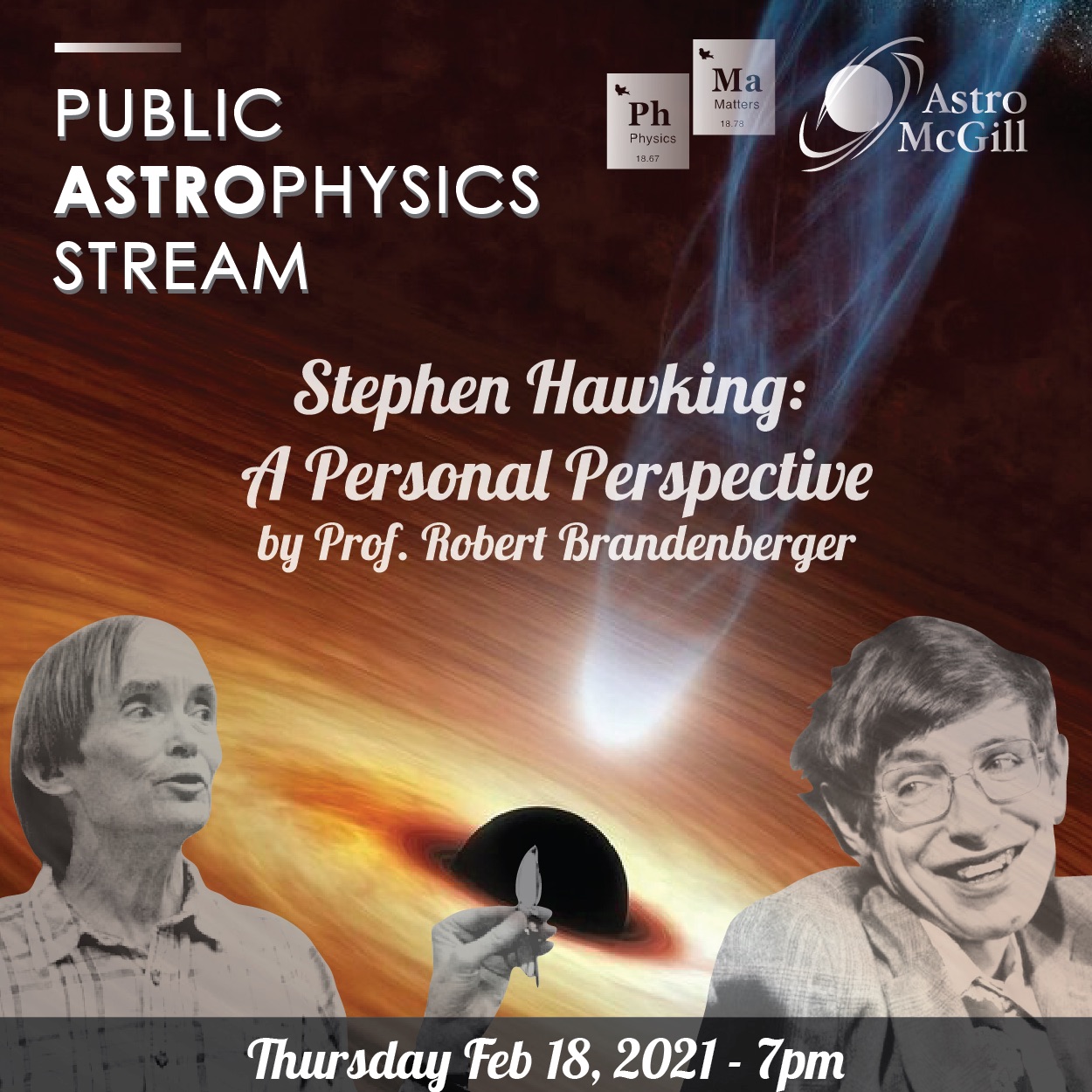 Quantum Materials: How Quantum Mechanics Determine the Properties of Materials 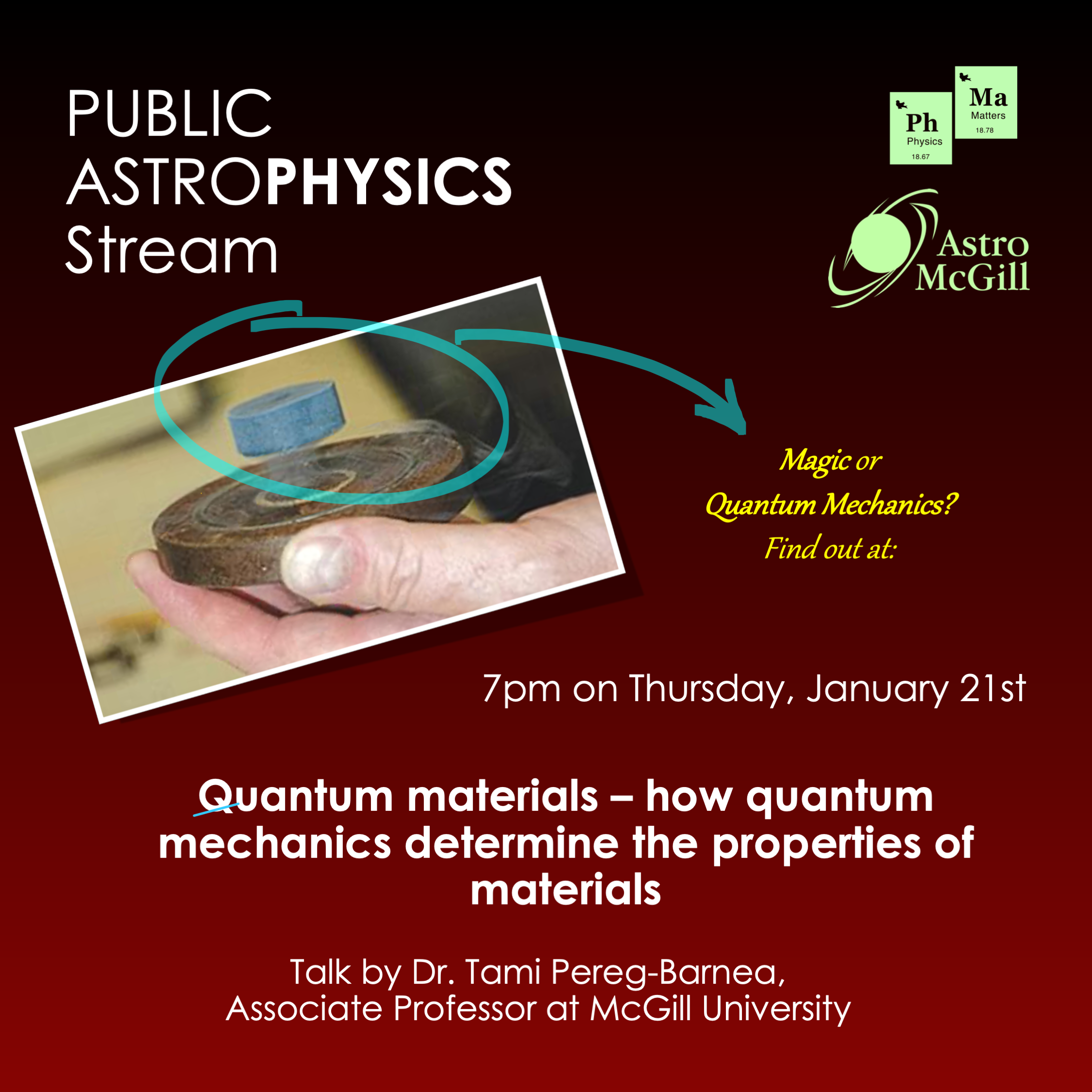 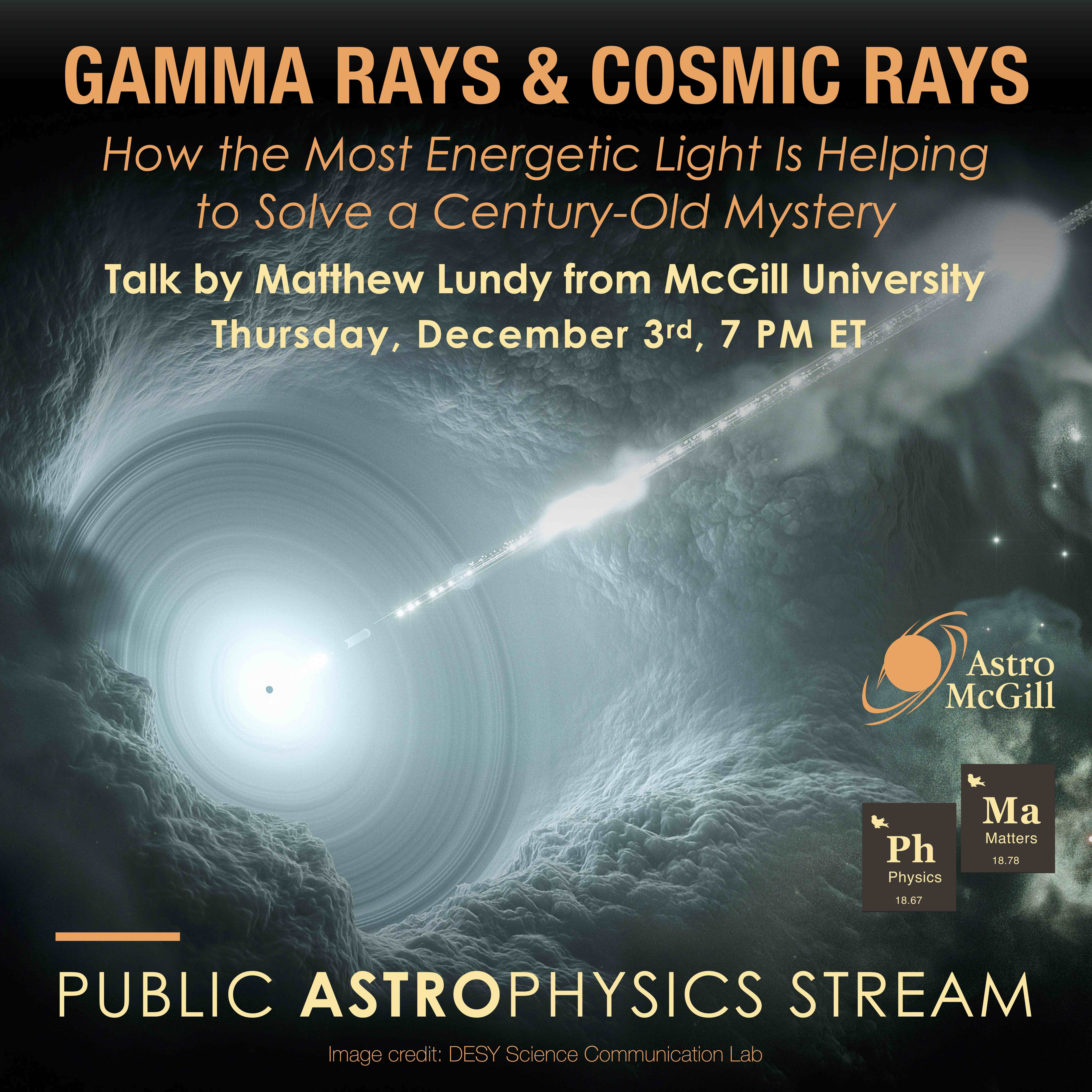 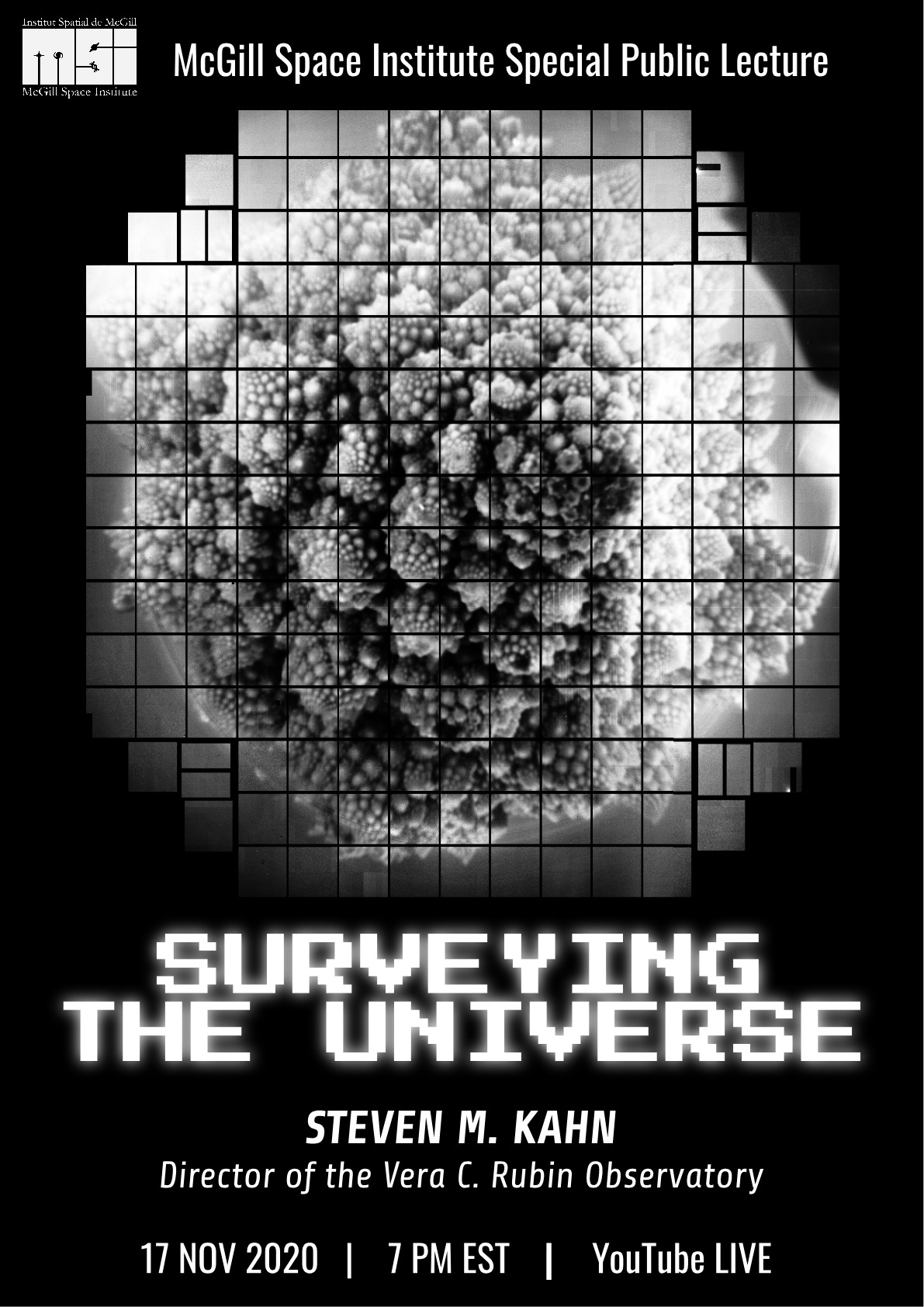 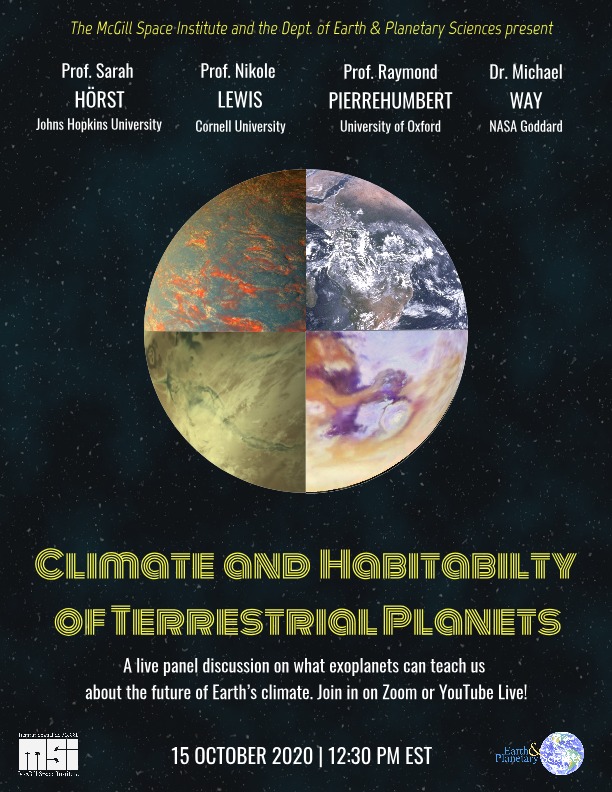 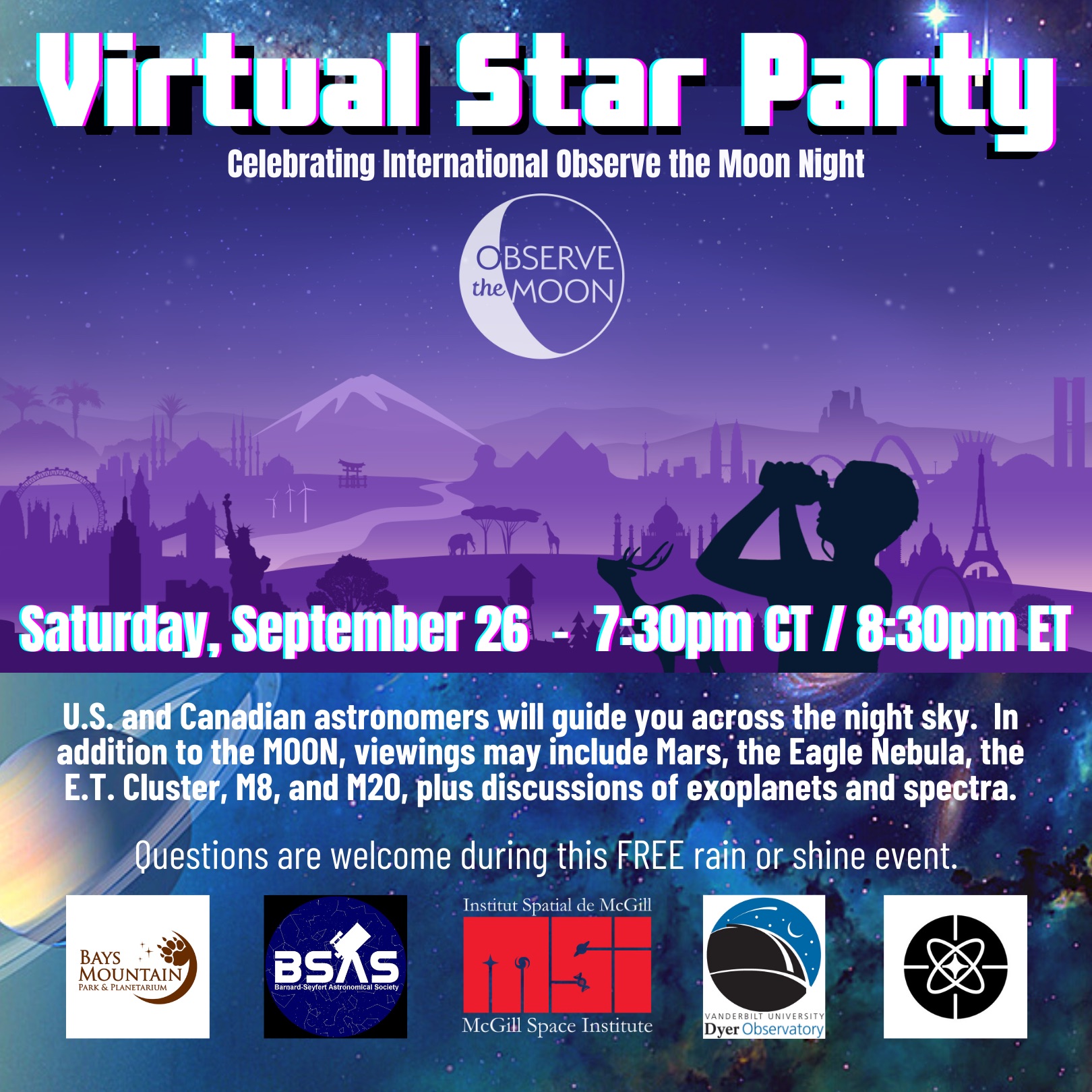 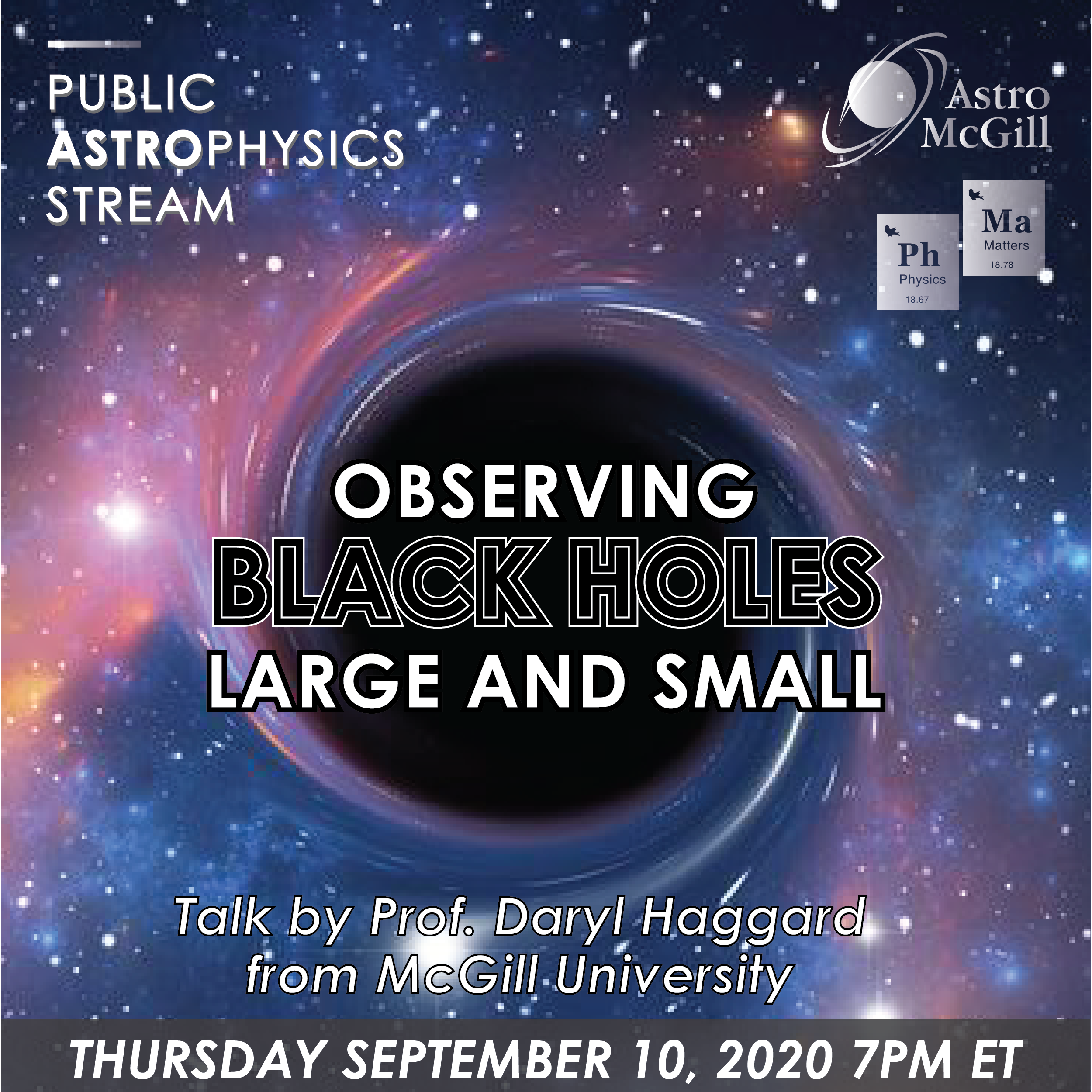 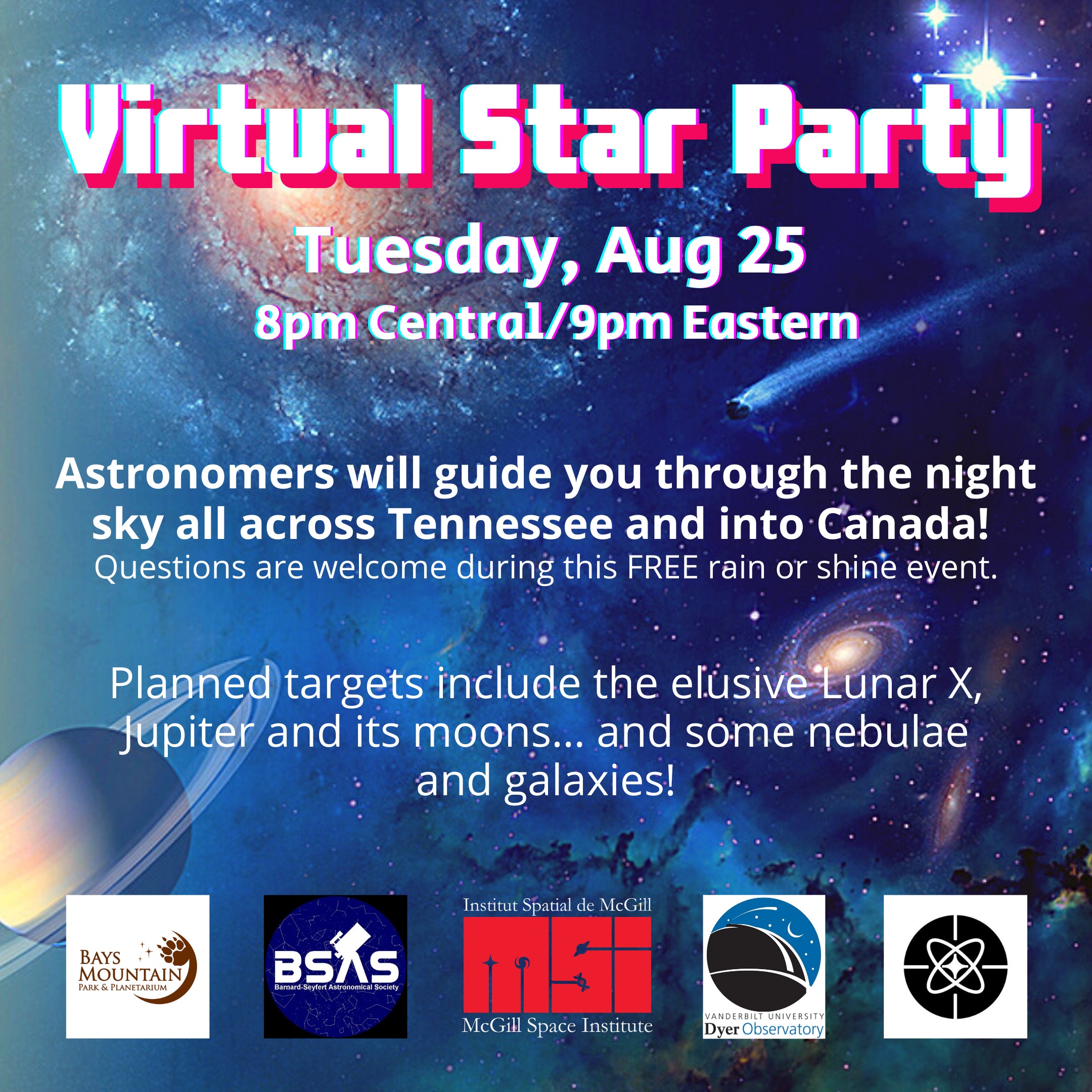 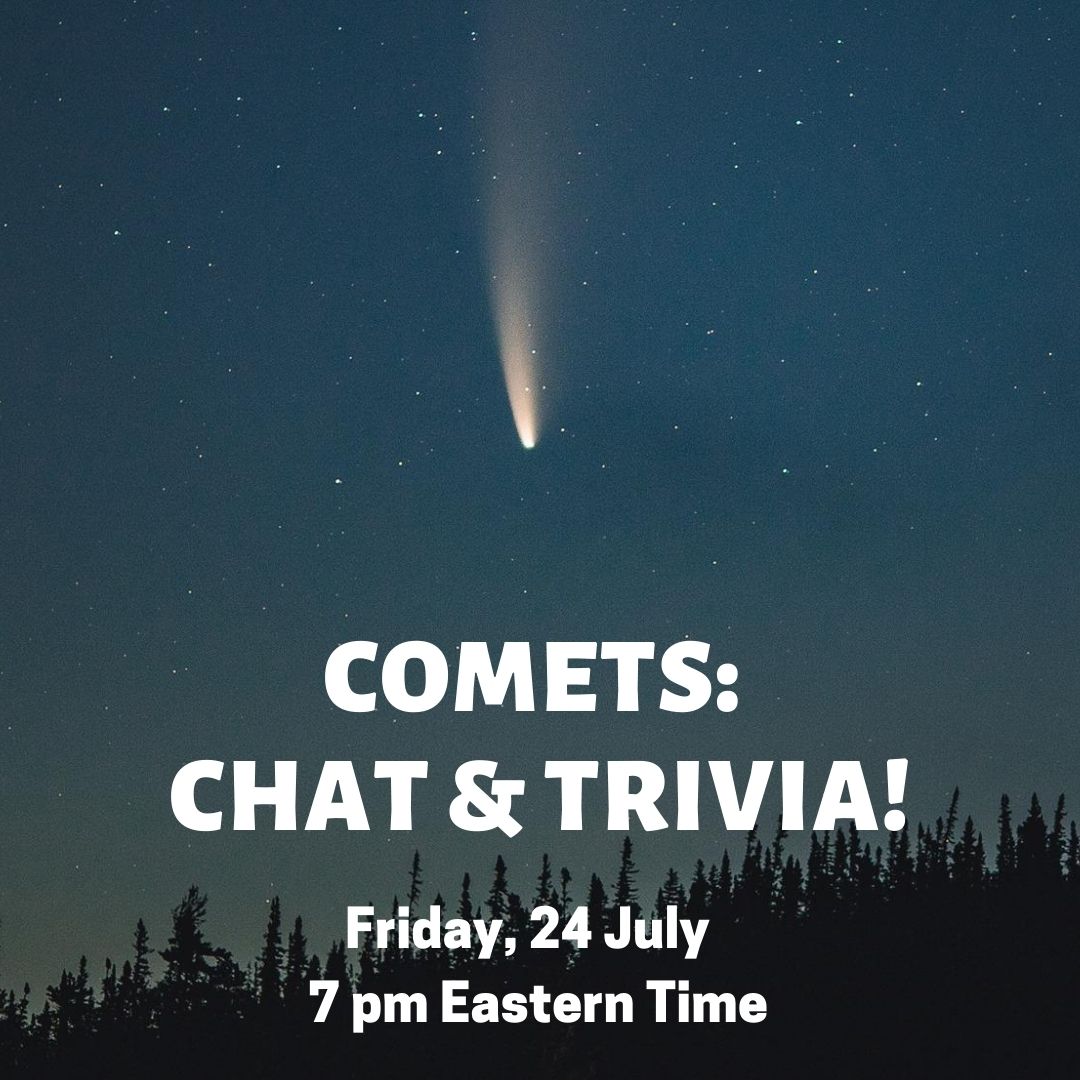 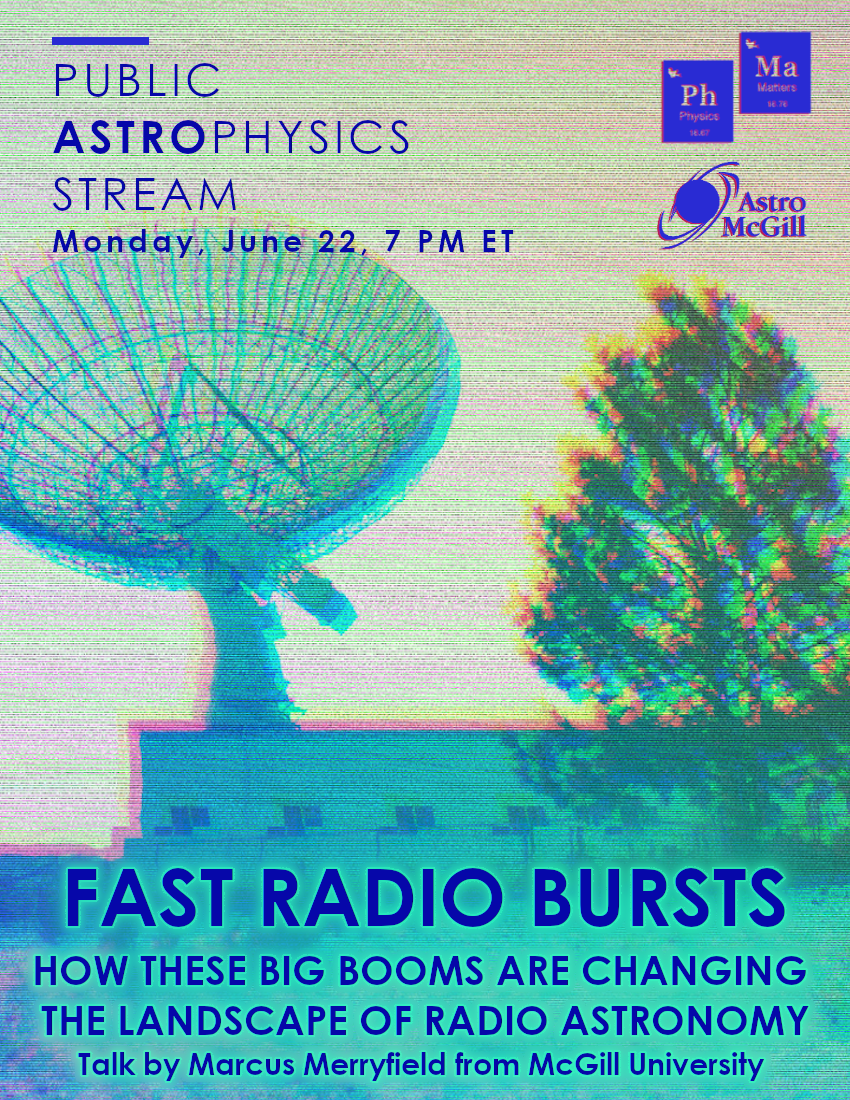 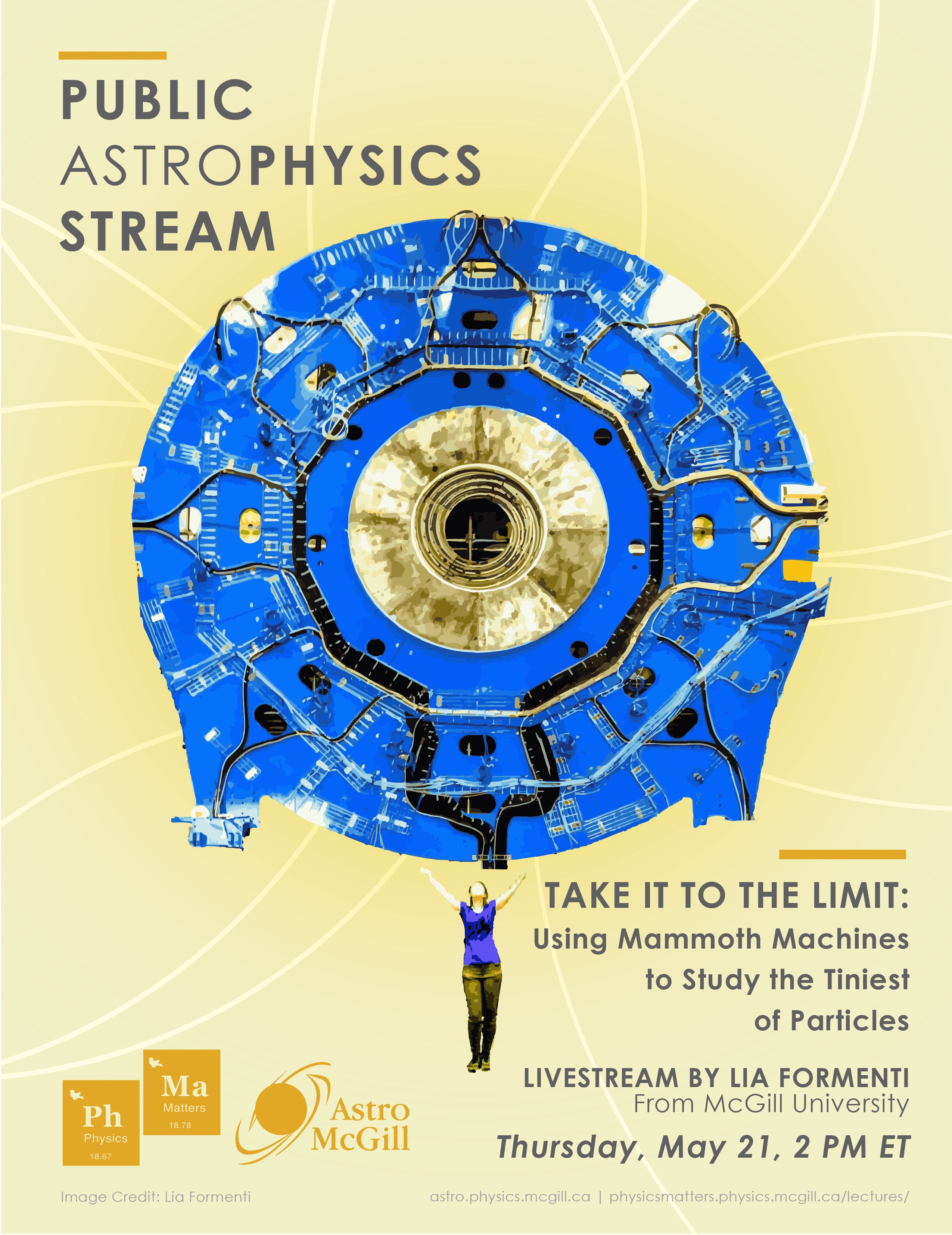 Livestream - "Life as an astronomer at the South Pole" 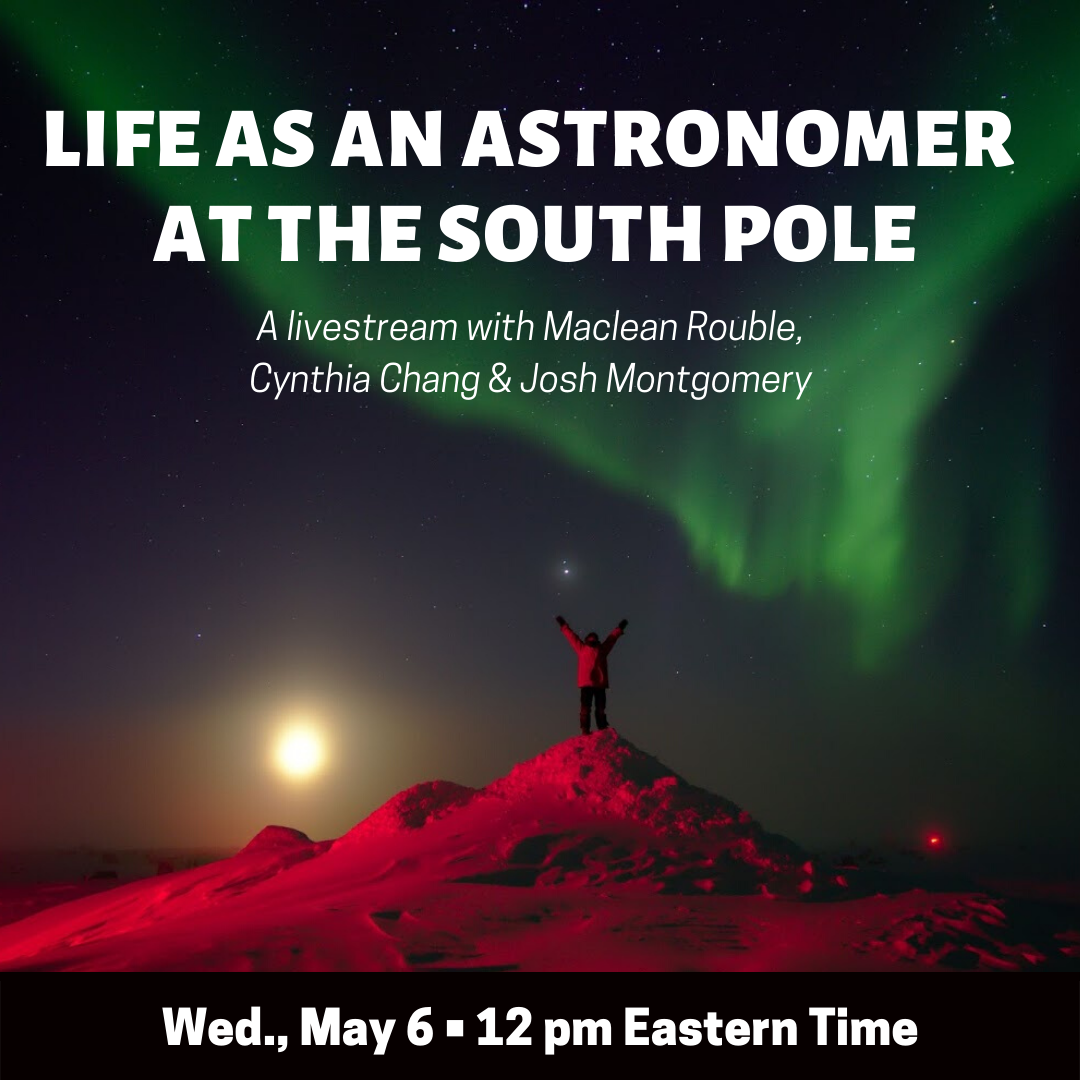