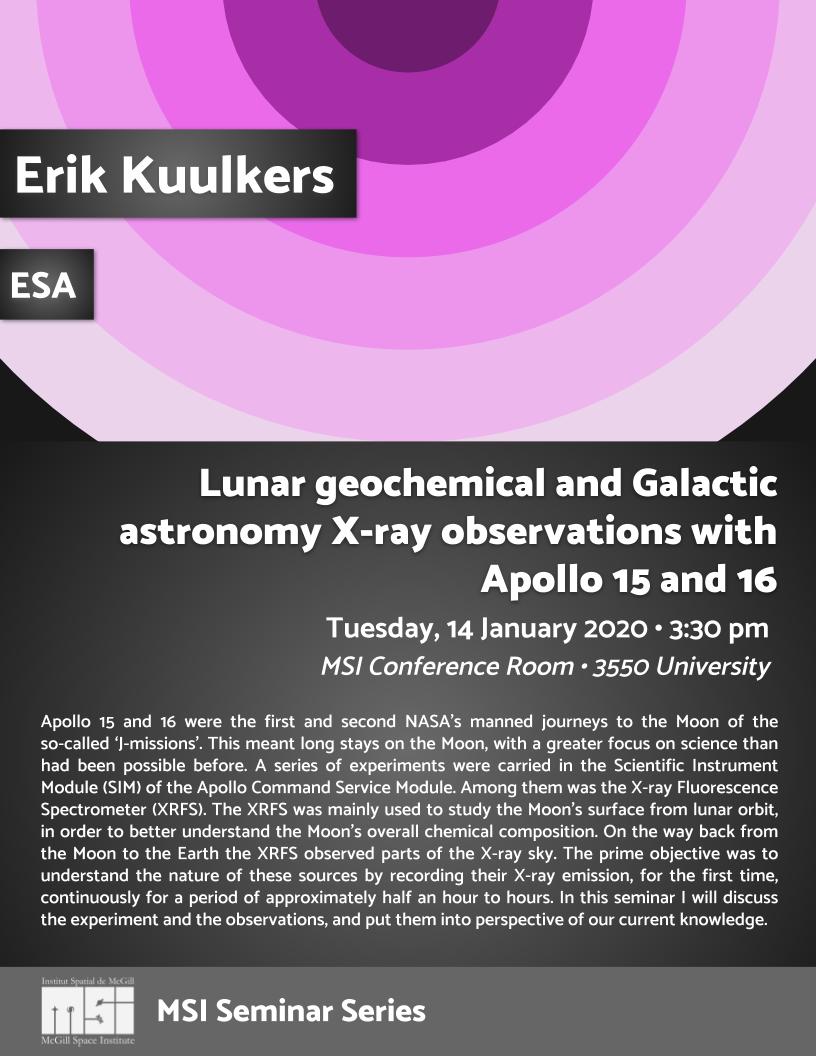 Apollo 15 and 16 were the first and second NASA's manned journeys to the Moon of the so-called ‘J-missions’. This meant long stays on the Moon, with a greater focus on science than had been possible before. A series of experiments were carried in the Scientific Instrument Module (SIM) of the Apollo Command Service Module. Among them was the X-ray Fluorescence Spectrometer (XRFS). The XRFS was mainly used to study the Moon's surface from lunar orbit, in order to better understand the Moon's overall chemical composition. On the way back from the Moon to the Earth the XRFS observed parts of the X-ray sky. The prime objective was to understand the nature of these sources by recording their X-ray emission, for the first time, continuously for a period of approximately half an hour to hours. In this seminar I will discuss the experiment and the observations, and put them into perspective of our current knowledge.