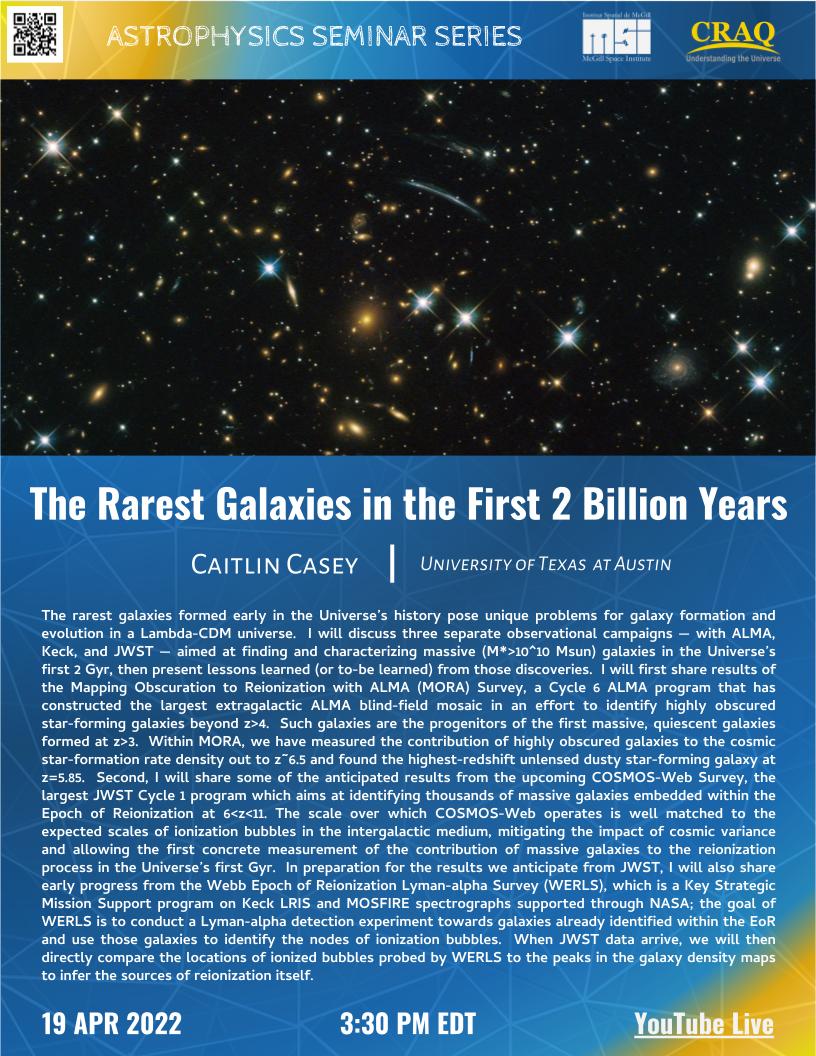 Title: The Rarest Galaxies in the first Two Billion Years

The rarest galaxies formed early in the Universe’s history pose unique problems for galaxy formation and evolution in a Lambda-CDM universe. I will discuss three separate observational campaigns — with ALMA, Keck, and JWST — aimed at finding and characterizing massive (M*>10^10 Msun) galaxies in the Universe’s first 2 Gyr, then present lessons learned (or to-be learned) from those discoveries. I will first share results of the Mapping Obscuration to Reionization with ALMA (MORA) Survey, a Cycle 6 ALMA program that has constructed the largest extragalactic ALMA blind-field mosaic in an effort to identify highly obscured star-forming galaxies beyond z>4. Such galaxies are the progenitors of the first massive, quiescent galaxies formed at z>3. Within MORA, we have measured the contribution of highly obscured galaxies to the cosmic star-formation rate density out to z~6.5 and found the highest-redshift unlensed dusty star-forming galaxy at z=5.85. Second, I will share some of the anticipated results from the upcoming COSMOS-Web Survey, the largest JWST Cycle 1 program which aims at identifying thousands of massive galaxies embedded within the Epoch of Reionization at 6