You are here: Home» Events» Past Events

MSI Seminar - The Discovery of Organic Matter Preserved in 3-Billion-Year-Old Lacustrine Mudstones at Gale Crater, Mars and its Astrobiological Implications 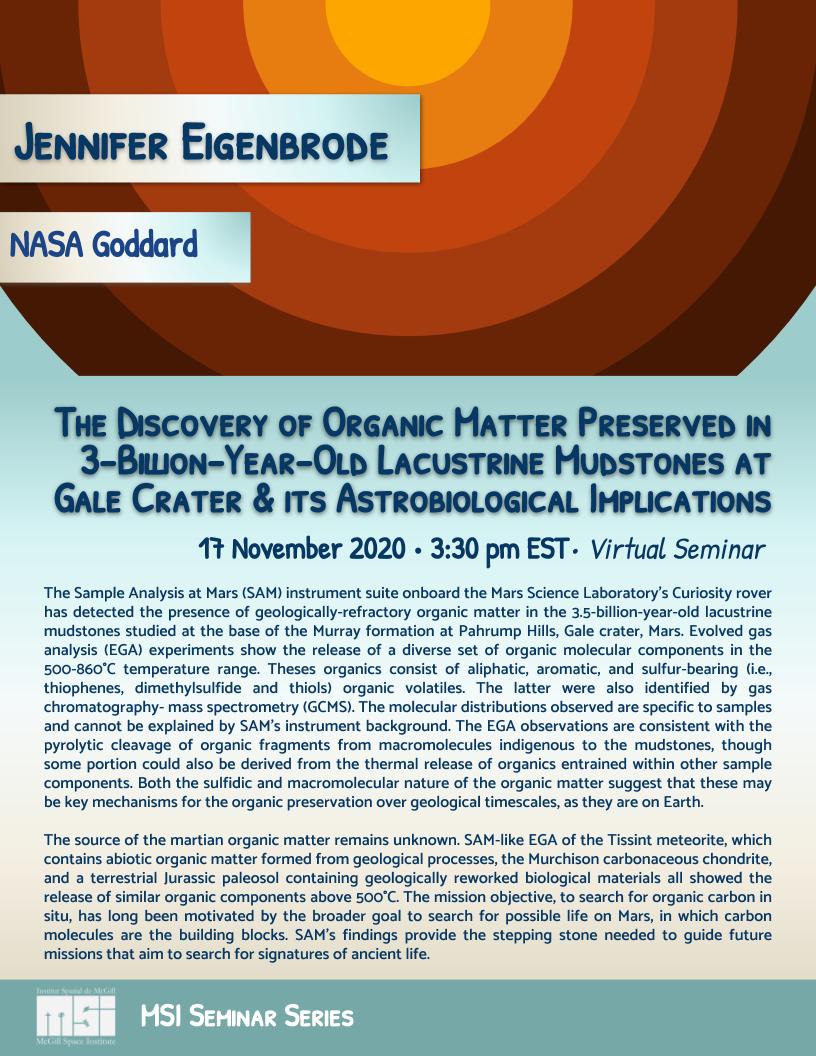 The Sample Analysis at Mars (SAM) instrument suite onboard the Mars Science Laboratory’s Curiosity rover has detected the presence of geologically-refractory organic matter in the 3.5-billion-year-old lacustrine mudstones studied at the base of the Murray formation at Pahrump Hills, Gale crater, Mars. Evolved gas analysis (EGA) experiments show the release of a diverse set of organic molecular components in the 500-860°C temperature range. Theses organics consist of aliphatic, aromatic, and sulfur-bearing (i.e., thiophenes, dimethylsulfide and thiols) organic volatiles. The latter were also identified by gas chromatography- mass spectrometry (GCMS). The molecular distributions observed are specific to samples and cannot be explained by SAM’s instrument background. The EGA observations are consistent with the pyrolytic cleavage of organic fragments from macromolecules indigenous to the mudstones, though some portion could also be derived from the thermal release of organics entrained within other sample components. Both the sulfidic and macromolecular nature of the organic matter suggest that these may be key mechanisms for the organic preservation over geological timescales, as they are on Earth.

The mission objective, to search for organic carbon in situ, has long been motivated by the broader goal to search for possible life on Mars, in which carbon molecules are the building blocks. SAM’s findings provide the stepping stone needed to guide future missions that aim to search for signatures of ancient life. 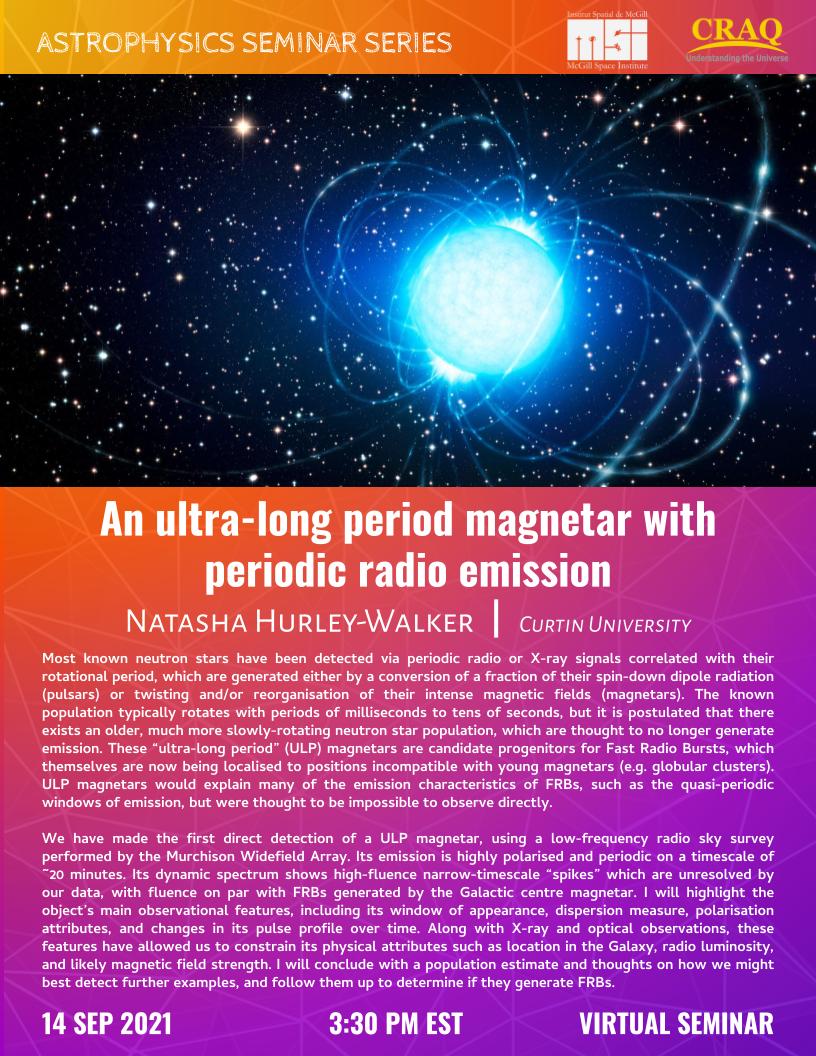 MSI Seminar - "Gravitational Wave Sources at the Hearts of Galaxies" 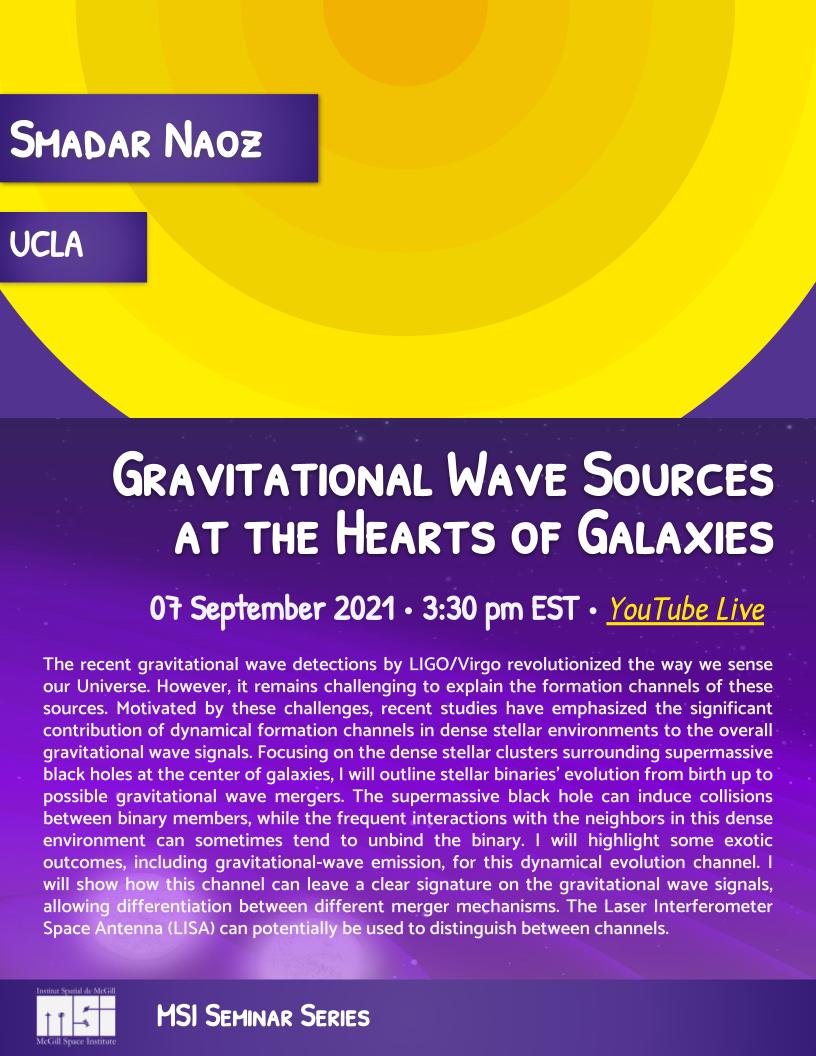 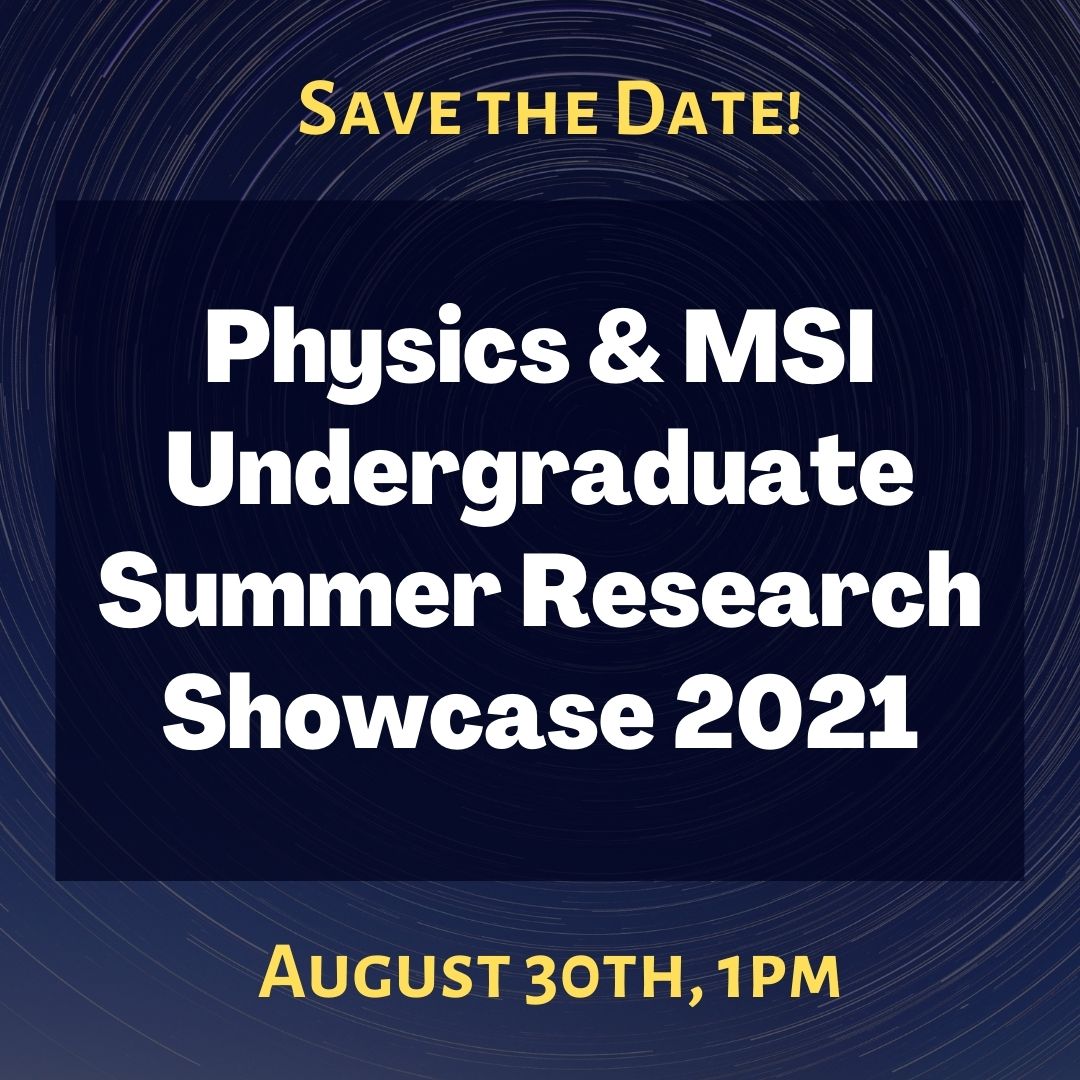